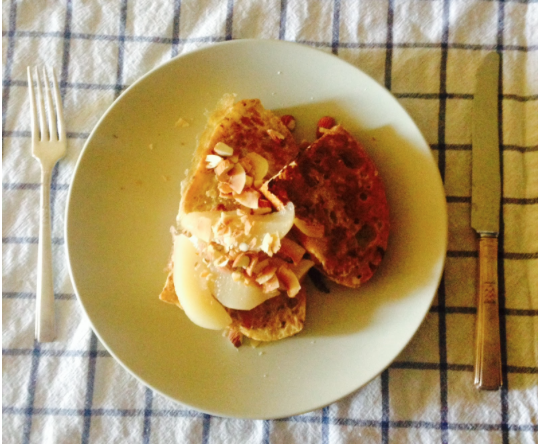 Slow, Sunday mornings call for something special. French toast is one breakfast (or brunch) that can be re-invented many times over, in so many tasty, tasty ways.

The following is our take on what a french-toast-filled morning should look like. Our Simply Pears fit in effortlessly with this classic and we can’t get enough of it’s delicate flavor (or the natural syrup that it comes with – who says that “maple” owns the breakfast syrup monopoly?!). Read up and make some for your nearest and dearest next brunch-time!